Corporate communicators working in or visiting London should definitely check out the latest exhibition at the British Library – Propaganda:  Power and Persuasion.   As I walked round the fascinating exhibition tracing the history, strategies and consequences of state propaganda, it started to feel uncomfortably like walking into an internal communicator’s handbook!   Look at some of these propaganda techniques highlighted in the exhibition:  Inflame passions; spread the word; know the audience; get the message in the right hands; exploit existing culture; use symbols; generate popular appeal; check your sources; employ an expert; think big; get everywhere; hammer it home; use humour.   Looks like a synopsis for one of my change comms workshops!

Most of us equate propaganda with war and/or oppressive regimes (did the Germans really kill kittens on the steps of churches in WW2?), but as the exhibition neatly shows, “propaganda is really no more than the communication of ideas designed to persuade people to think and behave in a desired way.”   Sound familiar?   The danger of propaganda, says one commentator, is 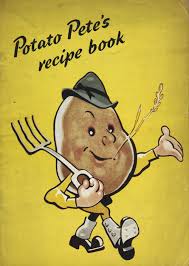 when the communicator has a monopoly – when there is no alternative source of information.   Are we talking here about North Korea or most internal comms departments?   Veteran journalist John Pilger says in one of the exhibitions superb videos:  “Propaganda has become insidious and all-powerful because of two words … public relations.”   Former government spin doctor Alistair Campbell points out that the word propaganda suffers from, if you like, “bad PR” but it’s really no more than effective message management.   The 2012 Olympics, health campaigns (have you had your five-a-day?) and terrorist alerts are all forms of propaganda, whilst social media such as Twitter and Facebook make us all potential propagandists.    Whilst we internal communicators use intranets, newsletters, briefings and videos, our state-funded colleagues turn to flags, monuments, ceremonies, stamps and national anthems to change behaviour.   Check out the incredible posters and slogans used by nations and regimes to build popular opinion and manipulate behaviour – from army recruitment to eating more potatoes.   If you’re in London any time soon, I urge you to take an hour to visit this fascinating exhibition and learn a little about this much-maligned side of our craft.

Propaganda:  Power and Persuasion runs until 17th September at the British Library.  More details at http://www.bl.uk/