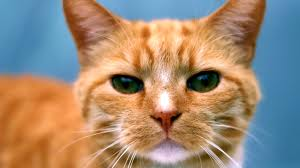 CEOs and senior business leaders are increasingly placing their trust in experts such as academics, consultants and technical experts.   A 2011 report from the Edelman group points to a dramatic rise in leaders turning to ‘credentialed spokespeople’, so-called experts. But is ‘expertise’ really all it’s cracked up to be?   In 1984 The Economist set a challenge to four different groups to predict what the stock market would look like in ten years time. The groups were made up of four former finance ministers, four company chairmen, four Oxford University students and four London dustmen. Ten years on, who came closest? Of course, it was the dustmen, with the finance ministers trailing in last place.   A study of 82,000 predictions by 284 experts over a 16 year period on issues ranging from the fall of the Soviet Union, oil prices, the Arab Spring and 9/11 showed that the so-called experts got no more right than a monkey randomly sticking a pin in a board.   According to Noreena Hertz’s fabulous book Eyes Wide Open, a 2012 challenge run by The Observer pitted a team of professional investment advisors against a ginger cat called Orlando. Whilst the professionals studies the stock market and used their decades of experience to select winning stocks, Orlando made his choice by pushing a toy mouse onto a grid of numbers.   At the end of the year, Orlando ended up with an impressive 11% return, compared to the ‘experts’ measly 3.5%.

As Hertz says: “experts are taken at face value simply because they are perceived as being expert.” She points to a recent experiment in which a group of adults were asked to make a financial decision while contemplating an expert’s advice. An fMRI scanner measured their brain activity as they did so. What happened next shocked the researchers.  When faced with expert advice, the independent decision making parts of the participants’ brain effectively switched off. An experts speaks, and we stop thinking for ourselves. In her book, Hertz calls for greater consideration of what she calls ‘lay experts’ – those people with skills and experience from the front line.   “Traditional experts come to the table with particular skills and knowhow,” she says. “They are valuable, yet all too often they make their pronouncements from on high, without sufficient mindfulness of context or local conditions. Lay experts, on the other hand, have their feet on the ground. This means that they are capable of delivering insights that those looking down from up top, however qualified, may never discover or volunteer.” We need instead to tap into what Nobel prizewinning economist Friedrich Hayek describes as “the dispersed wisdom of those on the ground.” They may not have the PHDs and the fancy job titles but they almost certainly know what’s best.   When faced with a challenge, expensive consultants are not always the answer. And I’m speaking as a consultant, so I’m effectively saying, don’t hire me.

2 thoughts on “We should all beware of experts”